Continuing with the Strange Aeon's campaign for Skrapwelder's Threshold Agents, I ran him through another 2 games.

In the 1st game, his Agents were following some clues found at the Moonwineshine still. The clues took them to another backwoods shanty town that seemed to be the main collection point for the wine. 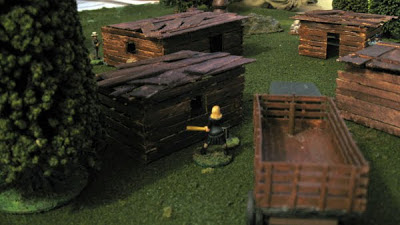 Unfortunately, the shiners got the drop on them. The Agents were able to take out a few, including their zombie dog. 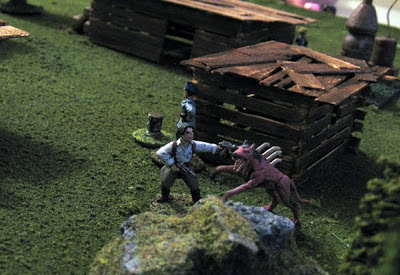 But the Agents were all taken down & captured by the shiners.


In the 2nd game, the Agents woke up in some sort of industrial building. 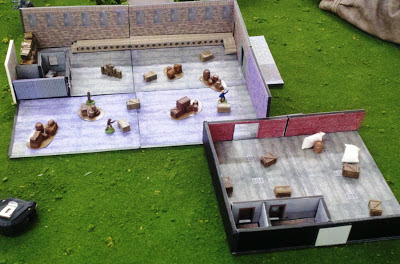 The Lurkers were in the main warehouse preparing their stock for another shipment. 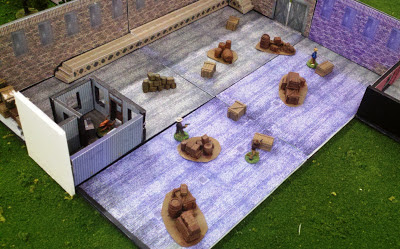 The Agents were tied up in the rooms in the smaller warehouse. They were able to escape their bonds & find their weapons. 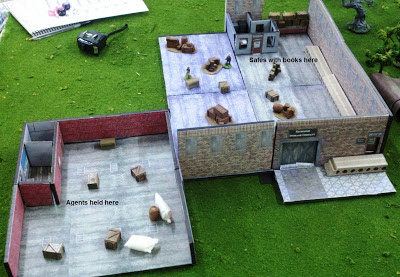 The lead Agent quietly observed the activity in the main warehouse and came up with a plan. 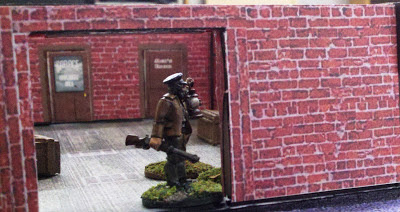 Quickly sharing it with the rest of the Agents, they would shoot their way through the Lurkers & search the office in the main warehouse to find any accounting books or other incriminating evidence. 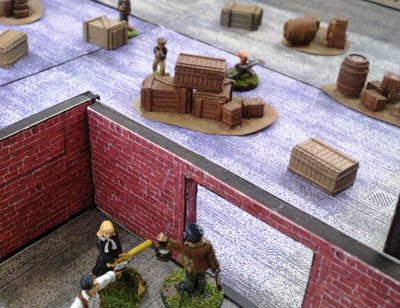 The Agents were surprised to see they were confronted both by humans but also GUSTs again (Group of Unknown Scuttley Things). 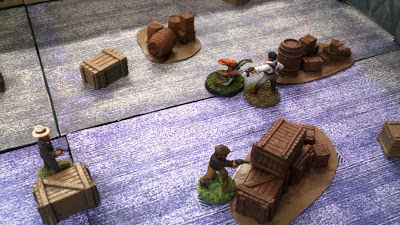 The Agents did take a few casualties, but they were able to finally bring both the humans & the GUSTs down, achieving their goal. & just to add a cinematic ending, a truck full of G-Men came busting through the warehouse doors. 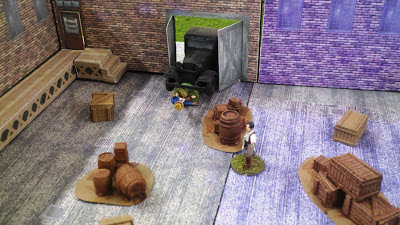 Unfortunately, they didn't find any useful evidence to further their investigation, but all the Agents fully recovered.

In case you're interested, the buildings are from the Virtual Armchair General's Mean Street/Mean Sets range. The sets are not like normal paper buildings, but are designed to be wrapped around 1/4" foam core to give more solidity to the walls. I put the peel & stick business card magnets on the end of the walls, so the whole structure collapsable. Here is a prior post I made about my construting the buildings.
Posted by Black Cavalier at 3:00 PM 2 comments:

New House on the Market

Below is my 1st serious attempt at scratch building a building. My only prior attempt was making the quick & easy hobo shacks featured in my 1st Strange Aeons post. But with Skrapwelder's guidance & gifts, & lots of shavings left all over the living room floor, I have completed the Church of the Eternal Flame/Eye/[insert your favorite ominous but abiguous adjective here].

The Church elders are keen recyclers, so are happy to use abandonded buildings for their meetings. 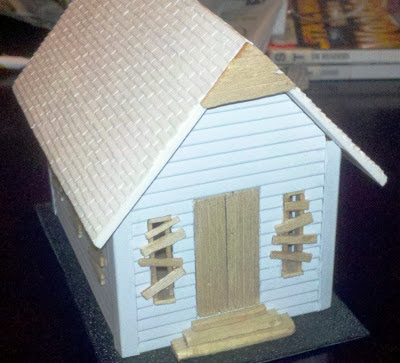 The wooden planking at the front roof eaves was originally a way to hide the fact that I'd trimmed too much off the peak of the roof, so there was a big gap there. But now I'm going to draw something on it, not sure what. 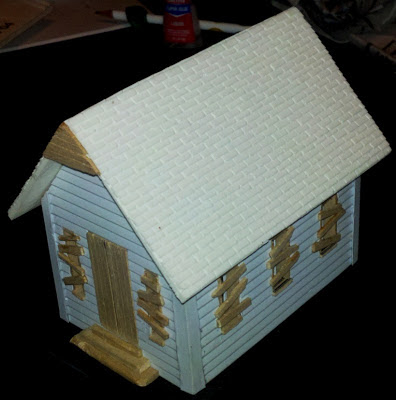 The roof is some resin extras that Skrapwelder kindly gave me.

Initially, the inside of the building look very rough, lots of badly cut foam core edges. So I decided to finish the windows & inside too. I added the planked floor & walls, & raised dais with the altar. 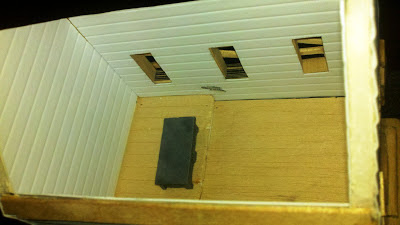 & every good church needs access to the crypts (or labyrinthian caverns) underneath the altar. 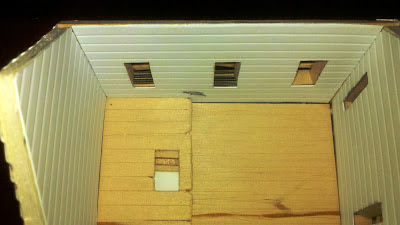 While it's not a Skrapwelder or Empey (http://a28mmbrain.blogspot.com/ ) original, I'm very happy with how it came out. Lots of fun to build. Now just have to paint it.
Posted by Black Cavalier at 10:16 PM 9 comments: